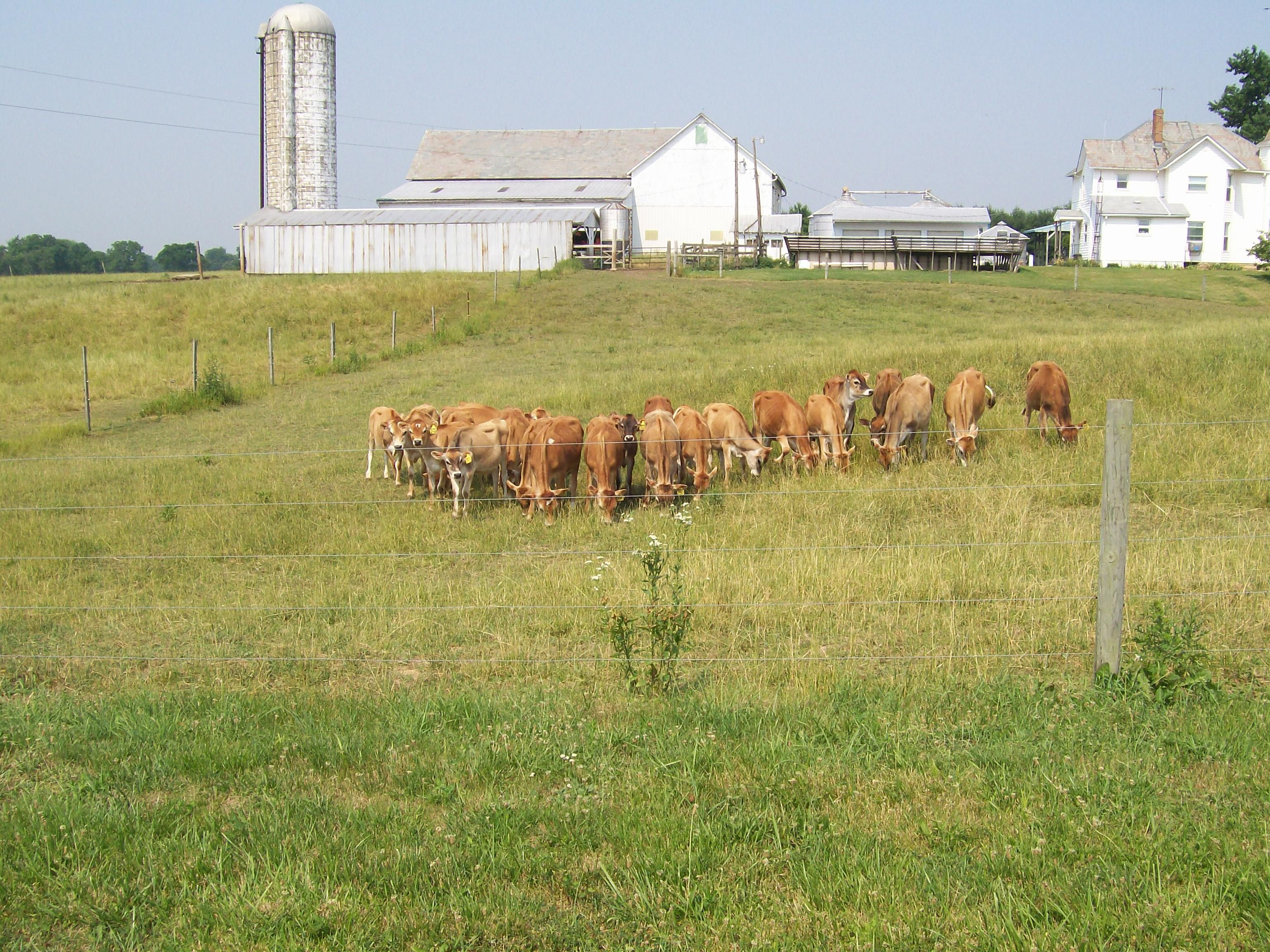 In this section you will find all that you need to know about our people, mission, history and frequently asked questions. If you want to learn more about our organization, just follow the links for more information. It’s extremely important to us that you get to know more so that you feel comfortable working with us. Once you take the time to find out what we’re all about, we are confident you will want to be engaged with our organization.

What is a Conservation District?

Conservation Districts are locally-organized, self-governing bodies chartered by the State. Through voluntary action and cooperation of landowners and other stakeholders, we work to conserve land, soil, water, forest, wildlife and other related resources for the benefit of all. 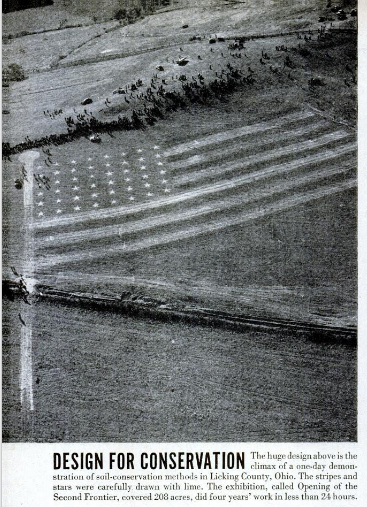 Do you remember reading John Steinbeck’s The Grapes of Wrath?  Those “Okies” were leaving Oklahoma after drought, the Great Depression of the 1930s, and collapse of the tenant farmers’ agriculture system.  The soil was destroyed to the point of blowing away; this phenomenon was called the Dust Bowl.  On May 12, 1934, the worst dust storm in the nation's history swept eastward from the Great Plains to the Atlantic Ocean, obscuring the sun and depositing obvious films of dust as it moved. This catastrophic storm served as the catalyst for public outcry and congressional action for soil and water conservation throughout the nation.

Why did the Dust Bowl happen?  Could it be prevented?  What can we learn from these mistakes?   The federal government tried to answer these questions through the creation of the Soil Conservation Service (SCS) within the US Department of Agriculture (USDA) in 1935.  A man named Hugh Hammond Bennett led the fledgling SCS but was not new to soil science.  Bennett was convinced that soil was not an exhaustible resource and had been working feverishly to share his opinions with colleagues and land managers since the early 1900s.  He co-wrote Soil Erosion: A National Menace in 1928.  Over the course of his 16 years with the SCS, Bennett changed the mindset of farmers and politicians toward soil and its conservation practices.

Unfortunately and not surprisingly, the farmers that SCS wanted to work with in 1935 were skeptical of federal involvement.  Not much progress was made until the federal government enacted a law establishing a state soil conservation agency and most-importantly, procedures to organize local soil and water conservation districts.  In 1941, Ohio created the Ohio Soil Conservation District Enabling Act so local conservation districts could begin to rebuild soil in partnership with the agriculture community.

In 1943, a group of 75 Licking County landowners requested a hearing and petitioned the state for the formation of a local conservation district.  Once the Ohio Soil Conservation Committee deemed there to be a sufficient need for the district, the petitioners conducted a local referendum for or against the proposed conservation district.  The referendum’s overwhelming support indicated that local people were dedicated to the cause of soil conservation and spoke emphatically at the polls when given the opportunity.  Five Supervisors were elected and the Licking County Soil & Water Conservation District officially became a political subdivision of the State of Ohio.  E. T. Denman, J. F. Morrison, Clayton Oyler, George Smith, and H. Lee Williams served as the first Board of Supervisors.

Ohio did not suffer from wind erosion like the American Great Plains did during the Dust Bowl, but we did suffer soil damage via water erosion.  The solutions, and the processes to adopt and install those solutions, were painful to accept and took courage by all involved.  Licking Soil & Water employees and elected Supervisors, as well as farmers served as local conservation professionals who understood local resource issues.  The locally-led component of the soil and water conservation district model literally transformed agricultural practices in Licking County.

To reduce soil loss via water erosion, farmers were asked to voluntarily leave crop residue on their fields, to plant with the contours of the land, to build terraces to slow down surface water runoff, and to turn the most fragile areas back to their natural state. To encourage and reward conservation farming, the USDA provided cost-sharing payments for conservation practices. To learn more about how sustainable agriculture was brought to Ohio, click here.

During the 1950s, 1960s and 1970s Licking County’s population doubled to 120,000.  The Board of Supervisors hired paid employees to fully serve the community’s conservation assistance needs.

During the 1950s, the Board of Supervisors received numerous requests for technical assistance from landowners.  They helped install contour strips and farm ponds, tree plantings, diversions and drainage enhancements, pasture and forest improvements, and wildlife plantings.

The Supervisors established working committees and recruited community members to serve on Program, Finance, Education, Publicity, and Legislative Committees.  They began nominating deserving farmers and themselves for conservation awards including the Goodyear Award for soil conservation sponsored by the Goodyear Tire and Rubber Company and the B & O Railroad soil conservation contest.

By 1966,  each of Ohio’s 88 counties had their own conservation district, but they lacked a good umbrella agency to tie them together.  In 1969, Ohio Senate Bill 160 nested all districts under the Ohio Department of Natural Resources and created the Division of Soil and Water Districts.  Conservation education programs grew rapidly during this period and field days hosted by local farmers became social events that folks looked forward to.  Topics included Farm Plans, Conservation Days, Forestry, Fishing and Ponds, and Conservation Tours by Air.

In the 1970s, technology on the farm advanced and conservation tillage changed how we planted our fields.  No-till, a practice still in use today, promoted less labor, lower fuel costs, less equipment investment and lower tractor horsepower when compared to other farming practices.

Previously, most conservation practices centered on soil, but as rivers became seriously polluted and some literally caught on fire, soil and water conservation districts were a natural group to assist landowners with non-point source pollution management.  The Environmental Protection Agency, established in 1970, and the Clean Water Act of 1972, opened a new education opportunity for Licking Soil & Water to begin reaching the entire community. Water quality and soil health concerns were clearly no longer limited to the farm.

Conservation politics and legislative action dominated the 1970s.  Although the federal Clean Water Act of 1972 only focused on point source pollution from industry and municipal sources, Licking Soil & Water prepared for the inclusion of non-point source pollution from farms and other land-disturbing operations such as construction sites.  In 1971, when the Clean Water Act was still being debated in the US Congress, Ohio Senate Bill 305 committed soil and water conservation districts to administer agriculture pollution and urban sediment pollution programs.

The Urban Sediment Pollution Abatement Program’s development was challenging due to diverse voices and concerns of excessive burdens on the construction industry.  The intention of pollution abatement was to protect soil and water resources, but additional permit delays and added costs of construction were valid issues that Licking Soil & Water helped to address.

In 1975, Licking Soil & Water led the way in developing a detailed Soil Survey along with the Soil Conservation Service and support from the Licking County Commissioners.  This intense undertaking took 10 years of soil scientists walking the county, noting soil types on the 1940 aerial maps and creating the book Soil Survey of Licking County, published in 1985.

With additional responsibilities, the Licking Soil & Water team grew.  At the beginning of the 70s, Licking Soil & Water employed two people, Gordon Postal, Executive Secretary and Jackie Hunter, Office Secretary.  By the end of the 90s, there was a team of 6 conservation professionals led by Jim Kiracofe as District Program Administrator.

The Power of Partnerships

Local leadership is a tenant of the Licking Soil & Water mission.  Multiple supervisors have served on the Ohio Federation of Soil and Water Conservation Districts Board including Charles Warthen and Bill Goodman.  In 2006, Licking Soil & Water partnered with the Hartford Fair and various groups to create the Natural Resources Area. Today this beautiful site provides a park-like setting to relax and enjoy free, family-friendly programing.

A few years ago, when the Ohio Certified Volunteer Naturalists of Licking County were in need of a new host agency, we joined forces with the Licking Park District and The Dawes Arboretum to adopt this group of educated and dedicated naturalists.

In 2011, the City of Newark and Licking Soil & Water resurrected the River Round Up. Today it is a premier river cleanup event. The
tremendous expansion is directly tied to recruiting partners and developing a robust planning committee.

Looking Forward to Another 75 Years
As our 75th birthday celebration comes to a close, we want to ensure Licking Soil & Water adds value to our community, while staying true to our mission. Our strategic plan specifically calls attention to strengthening existing partnerships and building new ones. To better serve, we will develop a communication strategy and renew our commitment to professional training for the team. We commit taking the long view, because wise use of land and water today is an investment in generations yet to come. Thank you for letting us serve you for 75 years, and here’s to another 75 years.
Sources include:
Ohio Department of Agriculture Licking County Records and Archives