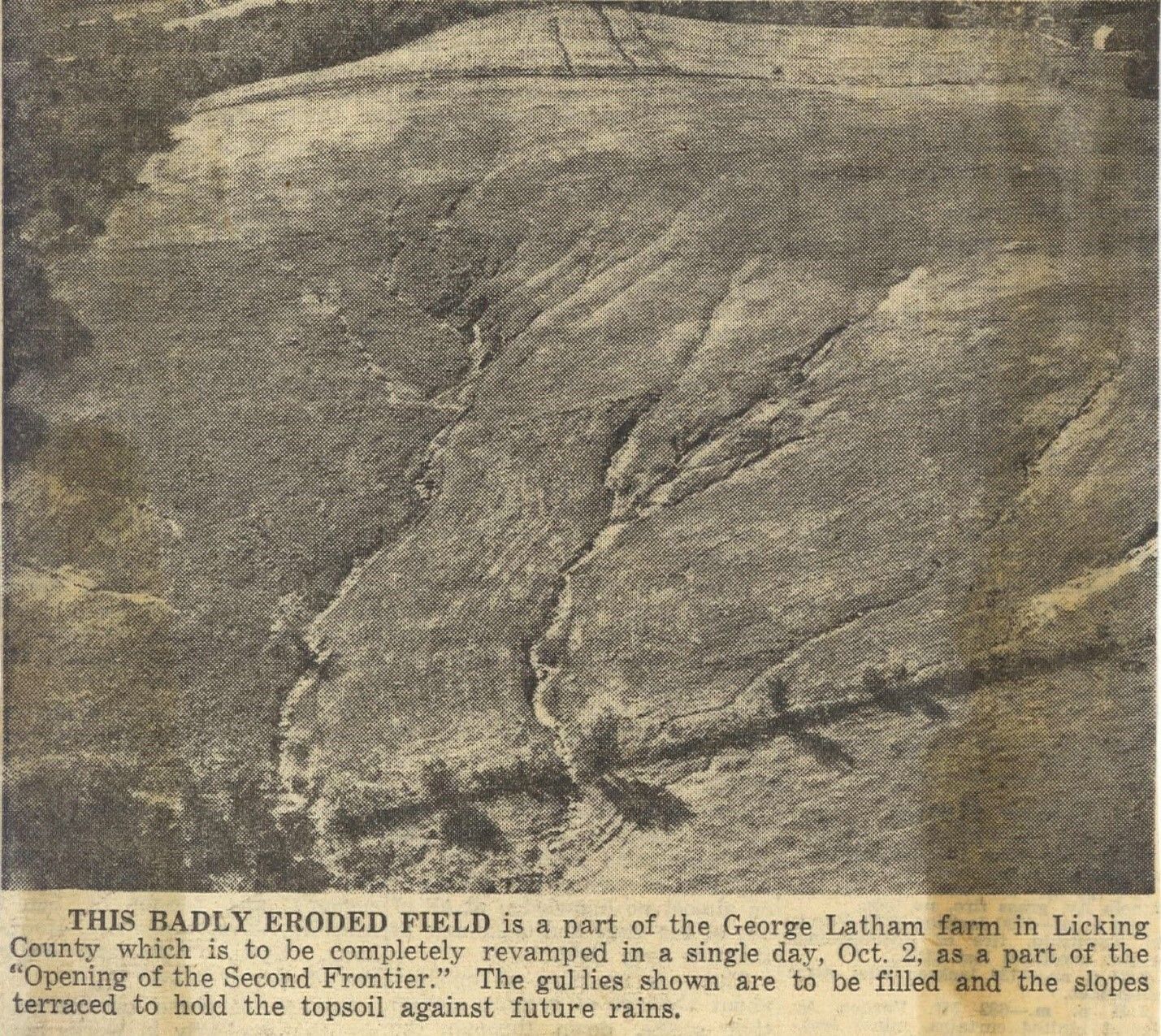 The rise of sustainable agriculture within Ohio was fronted by two people: Dr. Hugh Hammond Bennett and Louis Bromfield. The change from typical farming practices to conservation practices began due to The Great Plains transformation. Due to farming and over-grazing, the Plains had begun the switch to a desert.

Dr. Hugh Hammond Bennett began to study different practices to halt erosion and environmental degradation. Through his travels, he learned different methods to implement, like contour farming and water retention ponds. He began going throughout the Midwest working with farmers and teaching them the different methods used to preserve their farmlands.

Simultaneously, Louis Broomfield began to practice different sustainable farming methods on his land, Malabar Farm. Implementing grassy waterways, crop rotation, and strip farming, these varying practices of sustainable agriculture would be utilized at the Second Frontier in Brownsville, Ohio in 1947.

When the Second Frontier began, Bob Latham and John Rodman had two farms that were badly eroded and closing in on complete crop failure. However, with the help of Licking County Soil District, Louis Bromfield, and Dr. Hugh Hammond Bennet, these two farms were able to be transformed from old-school farms to modern conservation-minded farms. This transformation was accomplished through the help of around 600 ex-GI’s who were eager to learn more about the farm program, as well as donated farm equipment.

The Second Frontier was the first major public event within Ohio that would teach modern conservation practices. The event was held at the Latham and Rodman farms and would host over 40,000 people. Between pond digging, tree planting, and deciding on land use, the farms shifted into an era of conservation. The new practices gave the predicted crop yield to be 100% more than the previous years, and a steady increase in production every year for the next 5 years. With all the showcased practices, the farm was able to transform within 24 hours.  With the help of the people and the knowledge of Dr. Bennett, the farmers and civilians began to learn new methods to implement themselves.

This was the goal all along for Dr. Bennett. The ability to teach others the ways to combat soil erosion, and ultimately, sustain life itself, became imperative for the future of the United States and the world itself.